Posted by martinipen at 11:09 AM No comments:

A Bit of Chapter 2 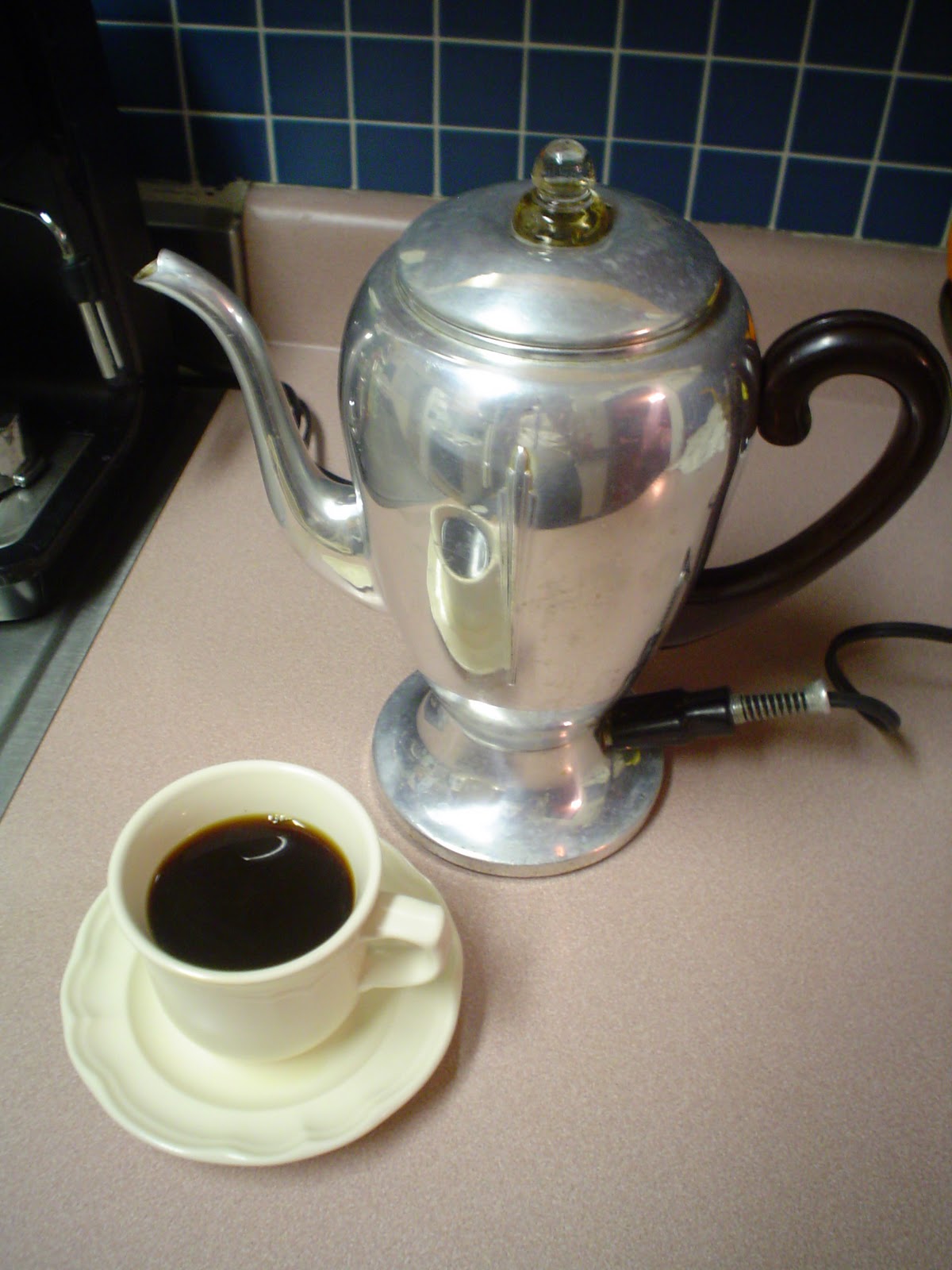 Dear and gentle readers, I offer to you a little portion of the second chapter of my next novel - this is number 6, for crying out loud.  It is not a "Michael Nitrous" novel, like novels number 2,3, and 4, although some of the same characters appear, and it is set largely on the extra-planetary orb of Bezelda.  Go figure.

Allow me to reconnect a few things for you before I turn this over to the omnicscient-voiced narrator.  Yeah, the person who is writing this – you know how when you read something, there is often something called a “narrator” who tells the story in such a way that they seem almost god-like.  They know what's going on at all times, in all places, and inside the furry little melons of all the people in any given story.  It's crazy, but it sure is useful, because you don't have to worry about anything being entirely hidden – unless the narrator doesn't want you to know what's going on.  Kapiche?

Well, in just a little bit I'm going to turn this whole story over to some narrator's voice, and I'm going to slide into what a friend of mine would call another aspect of reality.  I won't really change, and I won't really be in a different place or time – just a different plane, as it were.  You'll see.  It's not all that weird, really. But in the mean time, let me reconnect a few things for you.

ESPECIALLY if they're wearing roller skates.

When someone gives you something to eat that looks like eyelids and tastes like fish, be careful.  You are going to find yourself visiting the commode before too long – I would almost put money on that.  We don't gamble too much on Bezelda, but we do have this one game of chance called “pin-flutchey”.  In pin-flutchey, several people all take two very sharp steak knives in each hand.  That's four steak knives (which we call “klolbs” on Bezelda) per person.  We all blindfold ourselves, and then stand in a circle.  Beginning with the person who is situated to the northern-most part of the circle and continuing clockwise, each player praises the person to their left, using either standard heroic couplet poetry or Bezeldan pep-mulls.  The pep-mulls are a lot more interesting.

When everyone has had the chance to speak, they each throw a certain amount of money into the circle – this amount being determined before organizing the game.  After each has thrown in the money, there is a countdown from seven, everyone cries out “pin-flutchey!” throws their steak knives into the air and either runs like hell or stands as still as a statue.  You have to do one or the other.  If anyone is struck by a knife, he or she gets the money in the pot.  If there are two people struck, they split the money, and if there are three or more, all cry out the word “plossit!” and return to the circle for another round.

You can probably figure out the great amount of skill and cunning required to play a game of chance like this.  It's not a game for the faint of heart, to be sure.

How did we get on pin-flutchey?  Oh yeah, I told you not to eat anything that looked like an eyelid and tasted like fish.

I've never been very good at spontaneous pep-mull creation.  Not like some guys I know.  You probably know pep-mulls as those Bezeldan poems that are kind of like what on earth is called a limerick, except the rhyming scheme is different.  Hell, I guess it's safe to say that there is no rhyme scheme at all to a pep-mull.  I think the only really similarity, when you come right down to it, is the fact that both limericks and pep-mulls each have five lines.  Aside from that, the comparison kind of falls apart.  Here is one of my favorite pep-mulls, written by Cran Hylen.  You may have heard about him before, as he was the poet-laureate of Bezelda for some time (at least in one particular aspect of reality).  Here it is:

That last word, “stijt,” has no real translation into English, but it is a really common word in the Bezeldan day-to-day vocabulary.  It means something like “wanting to go and get some toasted bread-product and prepare a sandwich of sorts as long as I have the time to do it without interrupting the rest of my regularly-scheduled daily activities.”

That actually comes up in conversation quite frequently on Bezelda, believe it or not.

Cran Hylen was an incredibly good poet.  He had lost all of the hair on the top of his head, and it regrew on his left forearm.  Usually he kept it fairly short and parted it with the addition of a little hair tonic.  Every now and again, for a season, he would let it grow long and then push it back with the aid of a nicely-scented pomade.

You just never knew about Cran Hylen.
Posted by martinipen at 9:21 AM No comments:

A Martini and a Pen - OFFICIAL TRAILER #2

A Martini and a Pen - OFFICIAL TRAILER #1

Here you go, friends.  I just put the finishing touches on my newest novel, and chapter 19 nails the coffin shut, as it were.  This is the third "Michael Nitrous" novel, and I think it ties the others together.  Enjoy!

Salo is 100% woody. Salo is 100% filmy. That's right – it is both entirely woody and entirely filmy. It is the only substance on the face of the earth that has joined, in a hypostatic union of sorts, a perfect amount of woodiness and a perfect amount of filminess. Scientists using the most advanced quulmeters cannot figure it out. It is as though the woodiness and the filminess exist within and beside and around one another.

You might recall that Dr. Kichener-Mellon, the Bezeldan Metaphysicist who was so critical to an earlier part of this tale put it this way in his award-winning dissertation “Up My Big Fat Creek With Your Lumbering Sliderule”:

Where:
x is the separation of the layers, measured in sweat, and
y is one layer,
z is another layer,
p is the woody/filmy proportion, and
s is the salo-coefficient.

It came to be realized that salo was itself the one substance that not only perfectly matched the salo-coefficient (for obvious reasons), but also wreaked havoc on the rest of the equation due to the woody/filmy proportion being expressed as either 1 or 1/1. Salo became the philosopher's stone – the rosetta stone – the alchemic wonder of the ages. Salo was not only a tasty ethnic treat for Ukrainians around the world, but also a component in every research laboratory on Bezelda.

As it would leave the moral fabric of Bezelda.

Dig this, my friends – when the American scientists detonated the first atomic bomb way back in the 1940s, they did not know it, but at the time the detonation resulted in a 18% drop in woodiness on the planet earth. Earthly scientists had no idea what filminess and woodiness were, let alone how a proportion between the two could affect life on earth, so they went ahead and detonated several atomic weapons – resulting in woody levels to drop to dangerously low levels.

How could earthly scientists have known? They had no quulmeters.

The Bezeldan scientists figured out what the repurcussions of cold fusion would be well before they ever attempted it. Mock trials were set up in large salo-generating laboratories, and industrial-strength quulmeters were calibrated to insanely high levels of accuracy. In the end, the Bezeldan High Council of Common Sense ruled that cold fusion must not be undertaken for the good of future Bezeldan generations. The scientists boarded up the cold fusion laboratory, coated the salo in dark chocolate, and threw a gala shindig. The poet-laureate of Bezelda, Cran Hylen, wrote a sacred pep-mull to commemorate the event:

In the darkest of night-time science
O! With a quul-knowing of filmish-ness.
For young,
for old.
Adipose pork tissue without reproach; without guile!

All of Bezelda agreed that it was one of the finest pep-mulls ever written, and it was eventually engraved on a plaque that stands at the very spot where the cold-fusion laboratory used to be.

At the same time that the pep-mull was released into the eternal ether of all layers of existence, David Hall realized what the turntable looked like. In one place in time, anyway.

In another place in time, a black-bladed dagger appeared, seemingly out of nowhere, and materialized in the unfortunate position of David's cranium. This was while he was standing between layers of existence very near NEK-CHEK enterprises. Soon the two entities (David hall and the dagger) were occupying the same space in the same aspect of existence, and one or the other had to give.

You can figure out how this fits together. Rab-klaat.
Posted by martinipen at 7:10 PM No comments:

The fourteen-pound whistler came lumbering through the almond section of the nut emporium – lumbering with a hoot and whirl. Whirling is no small order for a whistler of the fourteen-pound variety, mind you. The rest of the body was proportional to the whistling portion, and giving an honest “whirl” to that much flesh takes some energy.

We have all heard the stories of the folk with dense lips. In some parts of the world they comprise entire tribes or clans or ethnic groups. The lips are not large, mind you – only dense. Fourteen pounds of lip tissue compacted into the usual scant few inches of lip space makes for a very dense package. It is as though the lips were composed of lead, or at the very least pewter.

So the fourteen-pound whistler, as it lumbered through the almond section of the nut emporium, attached as it was to the rest of the flesh (in varying densities) known as “Jerry Pizzle”, gained traction in the ether. The ether defies good purchase most times, and it is hard to build up speed. With a hoot and a whirl and the production of a merry tune, the whistler moved faster and faster. It whirled like a dervish. The owner of the whistler (Jerry Pizzle), thought himself to grow nauseated, but for only a moment. He stopped. He ceased all forward and whirling (in some regions known as cyclical or gyroscopic) motion.

From his pocket he pulled a test tube and forceps.

Jerry Pizzle thought to put down the whistler, but he could not. He bent over a bin of almonds, rather, and reached out carefully with the forceps. The shiny, stainless steel forceps were opened just the right amount to receive a beautiful roasted almond, and his hand quivered a bit with excitement and anticipation. His eye landed on a most delectable almond.

Only the finest almond would do, honey-child.

Jerry Pizzle withdrew his hand, and with it, the forceps.

No almond meats for the fourteen-pound whistler until the Feast of Lemonsuck.

Posted by martinipen at 9:52 AM No comments: