Mikey Starts the Rest of the Story... 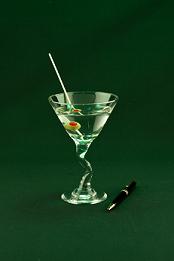 On a Monday morning like almost any other, three large windows opened in the sky – one for the child, one for the loss, and one for the memory. The child cried, as an orphan cries. The loss loomed low and heavy. The memory was bitter like soil.

The windows had no panes, but were free and open to the zephyrs of whimsy, yet no whimsy dared show itself, and the apertures remained clear and even inviting. The windows winked; they stared; they grew dry. The widow of the memory fluttered a little bit, showing its weakness and nearly speaking to the window of the child, for it was only in the memory that the orphan-like cries made sense. But the three windows in the sky remained, holding themselves at attention – looking as thought they needed to squat and relieve themselves. That is how windows look when they are full of filth.

Little Mikey Nitrous saw the windows and feared the worst. He had always been a happy young boy, but the windows scared the living colon-filth out of him and he decided to duck into a nearby delicatessen and clean himself up. As he was wiping his hands on the shirttail of a homeless watchmaker, he spied a full-page ad on the cover of the “Weekly Shopper”, and it caused him to pause, reflect, and then continue wiping.

Michael Nitrous walked away. The windows in the sky stayed open.
Posted by martinipen at 11:21 AM