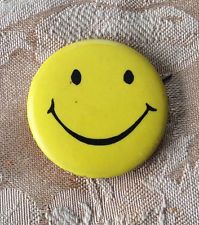 When the police arrived, there was little that could be done aside from cleaning up the mess. One older officer directed one of the younger officers to get a 2-liter bottle of a well-known cola soft drink and wash the blood away.

“Are you sure we should do that?” asked the young officer. “They might want the blood for evidence.”

“Who? Who might want it?” asked the older officer.

With a shrug of his shoulders the younger officer walked away in search of the cola. The older officer crouched down next to the body and looked into its eyes. “Its” eyes, as the officer was not sure if it was the body of a man or a woman. There were no obvious clues.

The officer stood up, shook his head and smoothed the lap of his his trousers, slowly, but almost as though he were brushing off crumbs. There could have been crumbs on his trousers, in fact. He had just eaten a very crumbly baked good on the way over. The officer was not sure, exactly, what sort of baked good it was. There had been no obvious clues.

A delivery van of some sort slowed down as it drove past the crime scene, trying to figure out what was going on. The driver turned down his radio – for that is what people do, it seems, when they need to concentrate on things while driving. They turn down the radio. When your family was on a vacation and you pulled into a strange city, would your mother pull out the map and turn down the radio, saying “we have to concentrate” ? Perhaps she did. I know that my mother did. In like fashion, the driver of this delivery truck sat up, took notice, and turned down his radio.

The officer returned to his patrol car and opened the trunk. He withdrew the “Crime Scene Removal Kit” that was issued to every police patrol car in Weaverton. Taking the kit to where the body was, he put on his tidy white apron and rubber gloves and got to work. The body fit neatly within the several resealable plastic bowls that came with the kit – bowls that were guaranteed to not leak, and that would keep body parts or baked goods as fresh and flaky as the day they were murdered or baked. “From our kitchen to yours!” was the cheery message that was molded in bright, happy colors on the snap-tight lid of each bowl.

The kit was very complete, the officer thought, except for the cola soft drink that all of Weaverton's finest used to give a final cleaning to any crime scene. Well, to any crime scene that needed cleaning, that is. The crime scenes of Jaywalking (unless lethal) seldom needed such a good cleaning. The cola soft drink that they used for crime-scene clean up had a special wang-doodley enzyme in it that immediately ate up and digested blood and small body parts that were too small to pick up with the tongs that were included in the kit. “Who stocked these kits, anyway?” the officer wondered aloud. He turned the lid of the kit over several times, looking for the name of a manufacturer. There were no obvious clues.

The officer wiped off the tongs, packed up the kit and the resealable plastic bowls full of body parts, and placed them all neatly in the trunk of the patrol car. He took off his tidy white apron and rubber gloves, and placed them in a large plastic bag that the City of Weaverton Police Department had so thoughtfully included in each policeman's personal goody box. The personal goody box contained very crumbly baked goods, tear gas, a smiley-face button, and a kazoo, along with the plastic bags. Each goody box was prepared personally by the mayor of Weaverton each morning, and contained a hand written message of joy. The older officer's goody box this morning had a message that read “Slap-happy to the end! Boxer dogs and hiccups! Happy!” It was, sure enough, hand written and signed by the mayor. The officer, after reading it, had misplaced it in the patrol car somewhere, but was not sure where he had laid it. There were no obvious clues.

The younger officer returned with a 2-liter bottle of the particular well-known cola soft drink, and the two of them used it to wash away the remaining blood and some small body parts. They flushed the whole of it into the gutter, where it ran over several empty pistol cartridges and down into the storm sewer. The older officer was not sure where it went after it entered the storm sewer. There were no obvious clues.

The two officers got into the patrol car and made their way back to the station. In the precinct headquarters that afternoon, just before he headed home after his shift, the older officer made his daily “record of events” and entered it into the duty log.